You are here: Home / Archives for FDA 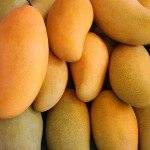 On April 22, 2015, based on a tip-off, the Food and Drugs Administration (FDA) seized and destroyed approximately 12 tonnes of mangoes that had been ripened artificially. The FDA inspectors raided a godown at Sirsaim and seized three varieties of mangoes. These included Alphonso, Pairi and Mankurad, the first two varieties being procured from Ratnagiri, […] 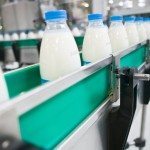 Ever since the Chinese milk and milk product imports were found to contain substances like melamine, that is unsafe for human consumption, there has been a ban on the import of milk and milk products from China, The ban, which has been in force since September 2008, has again been extended by the Food Safety […]

As the last date of registration and licensing under FSS Act, 2006 is ending on February 4, 2014, the state FDA is all set to meet the target of registering all food business operators in the state. The Food and Drug Administration is ready with the infrastructure to process the applications by organizing camps and […]