You are here: Home / Archives for Instant noodles 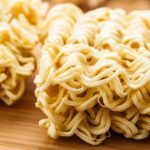 The FSSAI has issued directions on 13 December 2017 regarding the labeling requirements for instant noodles. Through its notification dated 18 September 2017 the FSSAI had prescribed standards for seasoning and other products, and which were published in the Official Gazette. Following this, the FSSAI has received several representations from stakeholders stating that the new […]

In April 2016 the FSSAI had issued a notification stating that the FSSAI was adopting some Codex Standards with immediate effect. Since these important Codex Standards have been incorporated into FSSAI we are revisiting them for our readers. They are also of particular relevance to FBOs dealing with the products mentioned below, especially as these […]